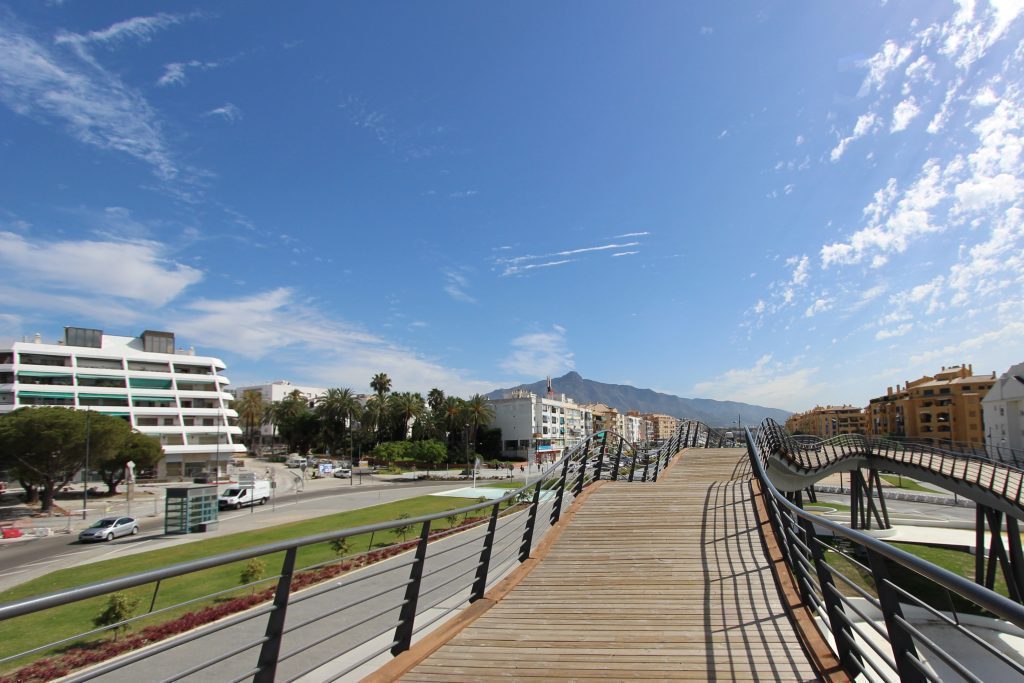 San Pedro Alcántara is known today as one of the most fashionable destinations of the Costa del Sol.

Located in the western end of the municipality of Marbella, San Pedro is the favorite of those who seek all the quality of life offered by the Costa del Sol —including the advantage of a magnificent beach at your feet— but with a quieter touch than the bustling Marbella or Puerto Banus.

However, few know that San Pedro Alcántara was founded to become the most modern and important agricultural colony in Spain, a plan undertaken by the most brilliant Spanish military of the 19th century, some of whose footprints are still visible in the town.

General Manuel Gutiérrez de la Concha (1808-1874), known by his title of Marquis del Duero, was considered in his day the best strategist in the Spanish armies, with a very prominent role in the civil wars that bloodied Spain at that time.

The Marquis del Duero was not, however, only a military man, but a visionary in the best tradition of the enlightened Europeans, who decided to invest his fortune in the foundation of what would be the most advanced and important agricultural colony in the country.

His wife, the Countess of Cancelada, possessed an important patrimony of estates in the province of Malaga and this was the departing point for the project, when her husband achieved a remarkable success in the exploitation of sugarcane on these terrains.

This first step encouraged him to acquire more land west of Marbella, from the present area of ​​San Pedro, to Puerto Banus on one side and Cancelada (in Estepona) on the other, where he would launch his idea for a model agricultural colony.

The new foundation would carry the name of San Pedro Alcántara in honor of his mother, Mrs. Petra Alcántara, and the famous saint from Extremadura, of which his family was very devoted.

The project of the marquis was extraordinarily ambitious: a colony of 10,000 hectares in which the town was built for the workers, a sugar factory, several dams for irrigation, more than twenty kilometers of ditches, new bridges, mills, etc.

More than one million trees were to be planted. In the original project, a botanical garden, a meteorological observatory, an agronomic museum, a specialized library and other facilities were planned, though they would not see the light.

The year of the foundation, 1860, the census of San Pedro was of 36 people and the following year, 1861, there were already 529 neighbors, basically the agricultural settlers.

The project woulkd not be completed, since the State never contributed its part of the financing, and the marquis was ruined in the effort. In the twenties, the colony ceased to be profitable, so it was divided in the corresponding plots and sold.

However, the seed of a new town had caught on and the colony was the nucleus of what today is an important tourist destination of 35,000 inhabitants, with a large floating population of tourists.

From the times of the agricultural colony we have been left the beautiful colonial-style church in the central square of San Pedro, along with the Villa de San Luis, which the Marquis built to stay and which today is part of the City Council, as well as the layout of the streets in the center of the town.

San Pedro de Alcántara has not stopped expanding. In recent years the beach area, known as Nueva Alcántara, has been the main focus of development. It has recently been linked to the town by the Bulevar, an important recreational and restoration area.

The highway runs now under this zone, which has enhanced the quality of life for residents and tourists. It is also worth mentioning the creation of the beautiful promenade, which connects with those of Puerto Banús and Marbella, and the great care of a beach that is now among the best on the Costa del Sol, as is evidenced by the awarding of the prized Blue Flag in 2017.